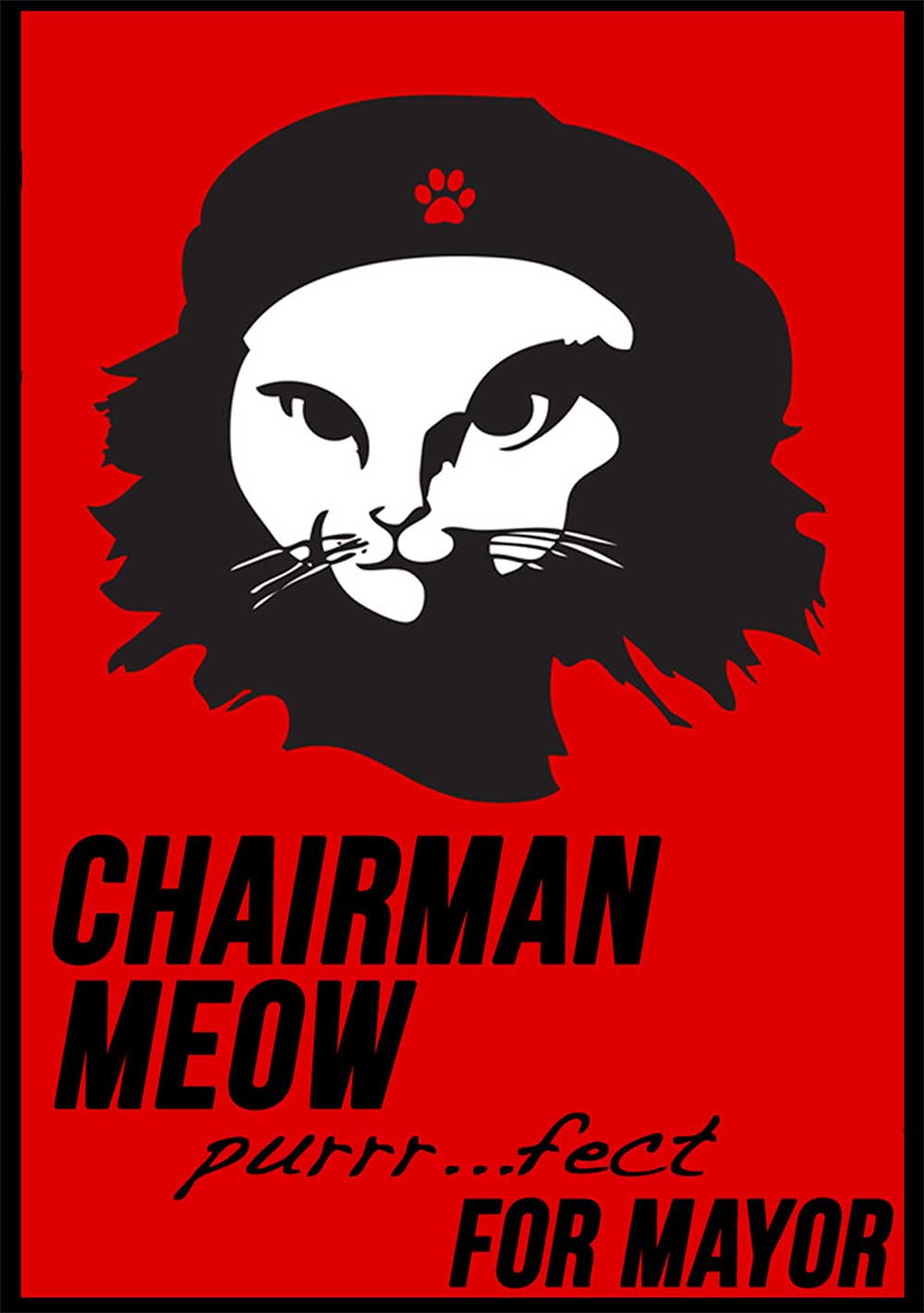 Claudio Grasso, a shady property developer has chosen a leafy Maryland town for the site of his latest venture; the state's biggest casino. To win approval he’s bribed the all too willing Mayor Tracey Doedens and together they're working to remove the last obstacle, an uncooperative Swiss spinster Frau Mau and her fluffy cat, Chairman Meow. Chairman Meow is a planned trilogy. We envision filming the second and third films together for continuity and budget reasons. In the sequel, Governor Meow the friendly kitty becomes State Governor and of course the finale, President Meow, sees the first cat in the White House.