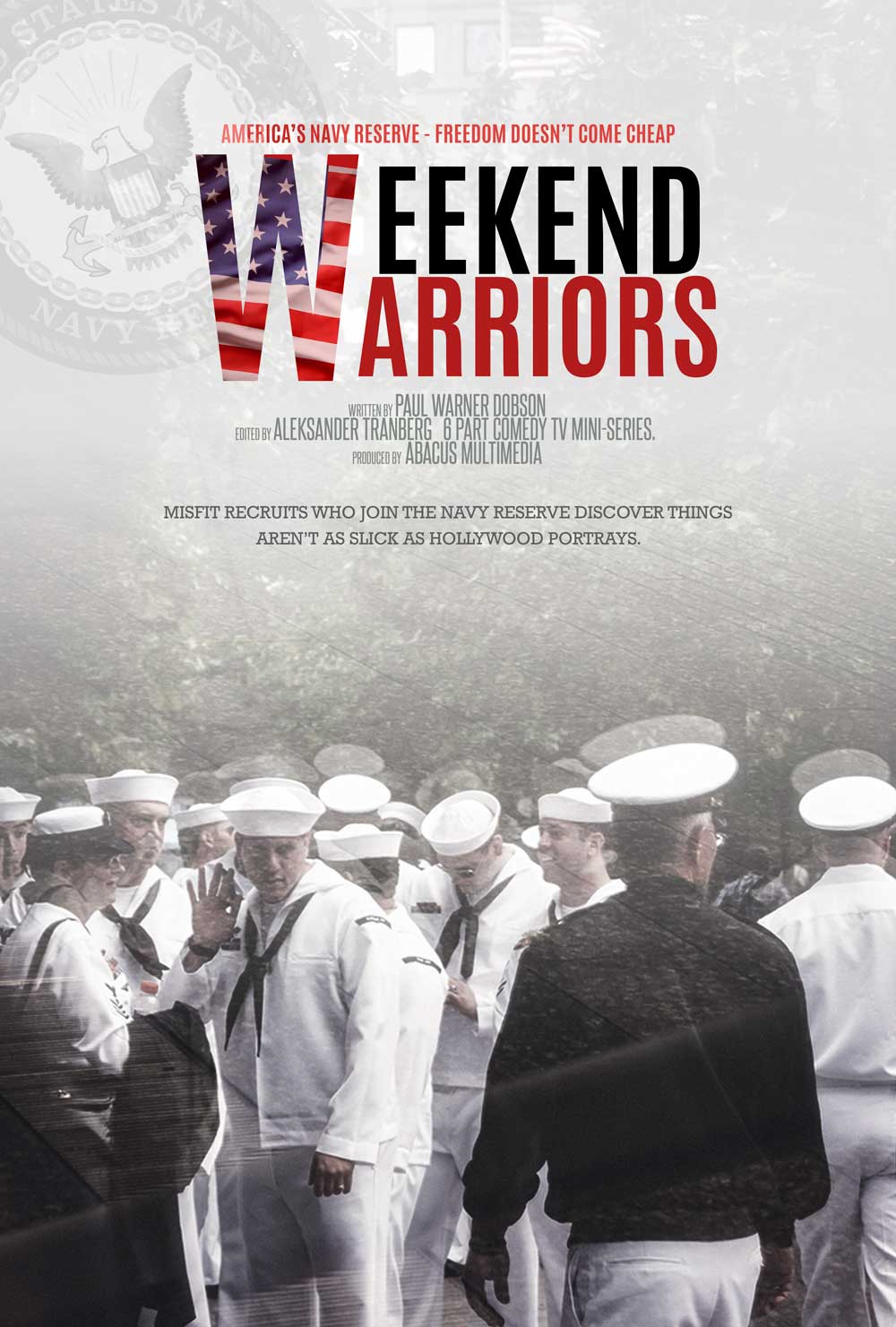 The latest recruits to America's part-time Navy Reserve are called upon to save the reputation of the service after a string of embarrassing international incidents. The President attends the graduation parade and accidentally steps into the cross hairs of a crazed wannabe SEAL who plans to detonate the parade ground in revenge for being dishonourably discharged. Weekend Warriors will be the first ever film/TV mini-series relating to the overlooked Navy Reserve which adds to its comic element. We expect and require Navy approval and participation for this endeavour